8 Bicycle Friendly Cities for Cyclists Around the World

In North America, cycling has not yet taken over motor vehicles as a means of touring or getting around, but there are many cities in Europe which are very bicycle-friendly. These places encourage the use of bicycles as a means of transport and have made provisions to ensure that cyclists are safe and comfortable.
Do you love to travel? Do you also love your bicycle as much? Well, then, we have the right list for you. Here are eight bicycle friendly cities for a globe trekker like you:

Copenhagen in Denmark has always been rated in the top two list of bicycle friendly cities. The city has invested millions in making the city bicycle-friendly. The roads are designed with proper bicycle lanes, and there are bridges built-in key areas to help cyclists pass through without any problem.

Drivers in Copenhage are so used to sharing the road with cyclists that they always give them the right of way. It is estimated that close to 60 percent of Danes use bicycles daily for work and leisure. However, cycling in Copenhagen can be difficult in winters as the cold weather can be quite harsh and cold.

Utrecht in the Netherlands has taken many steps to make the city bicycle-friendly. Today, there are bicycle lanes all over the city, including ample bicycle parking spots. Utrecht, like Copenhagen, has also invested millions in developing the bicycle path infrastructures. It is estimated that nearly two-thirds of the local population uses bicycles to get around.

One thing to keep in mind though is that Utrecht is a small city, and with so many cyclists on the road, it can somethings become too crowded during peak times.

Amsterdam has been the most bicycle-friendly city on the planet for many years. In fact, it has set the gold standard for other cities to compare.

On any given day, there are more cyclists on the road than any other form of transport. Close to 75 percent of the population owns at least one bicycle, and nearly 60 percent of owners use the bicycle to commute to work in the city. The entire city has a single bike path with little interference from other traffic. 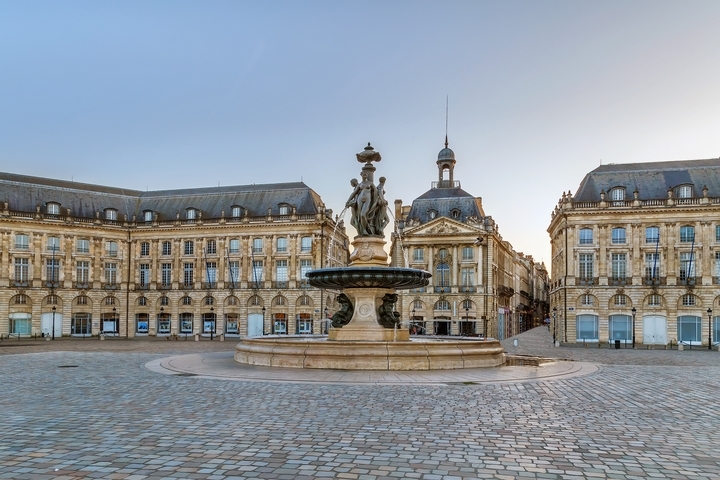 Bordeaux, located in the south of France, has the perfect terrain for cyclists. Over the past few years, the local government has made the city very cycle-friendly by closing traffic to cars in certain areas. There are plans to develop a bike-sharing service like the one in Strasbourg, France. But if you’re a globe-trekking cyclist, Bordeaux is the place to be.

Antwerp has always been one of the most bicycle friendly cities. There are bicycle parking garages at many bus and train stations, thus creating a solid network of transport for commuters. The city is now developing bridges for cyclists so that they do not have to worry about motor vehicles. Overall, Antwerp has made every effort to ensure cyclists are safe and free to move around throughout the city.

Outside of Europe, the next most bicycle-friendly city is Tokyo. Today close to 20 percent of commuters in Tokyo use bicycles to get to the nearest subway or underground station. There are plenty of places to park, and bike thefts are unheard off.

Many other cities in Japan are following the example set by Tokyo and are encouraging the local population to use bicycles-both as a means to get to work and a form of exercise. Bicycles not only take up less space, but they also are good for the environment.

Strasbourg is rapidly catching up to Amsterdam in being the most bicycle-friendly city in France. Urban planners have developed a solid infrastructure for cyclists, and today one can cycle in and out of the city with ease. Strasbourg also has one of the best working bike-sharing services which is widely used by the locals and tourists to get around.

Malmo is a relatively small city in Sweden and has been pushing the population to use cargo bikes in everyday life. Not only does the city have a bicycle ferry but it also has a new bicycle hotel, something which is more or less a novelty in the bicycle world.

All bicyclists should be aware that even though cycling is a great way to tour, one always has to be careful about other traffic on the road. Many roads in Europe are congested, and it is important for the cyclist to give way to large vehicles and play it safe.

If you are tired of riding your bicycle in the same neighbourhood on the same path, then perhaps it is time to take your cycling habits to another city. The world is big, and you can come across some of the best places for your bicycle. You just need to know where to look – and we broke it down for you.